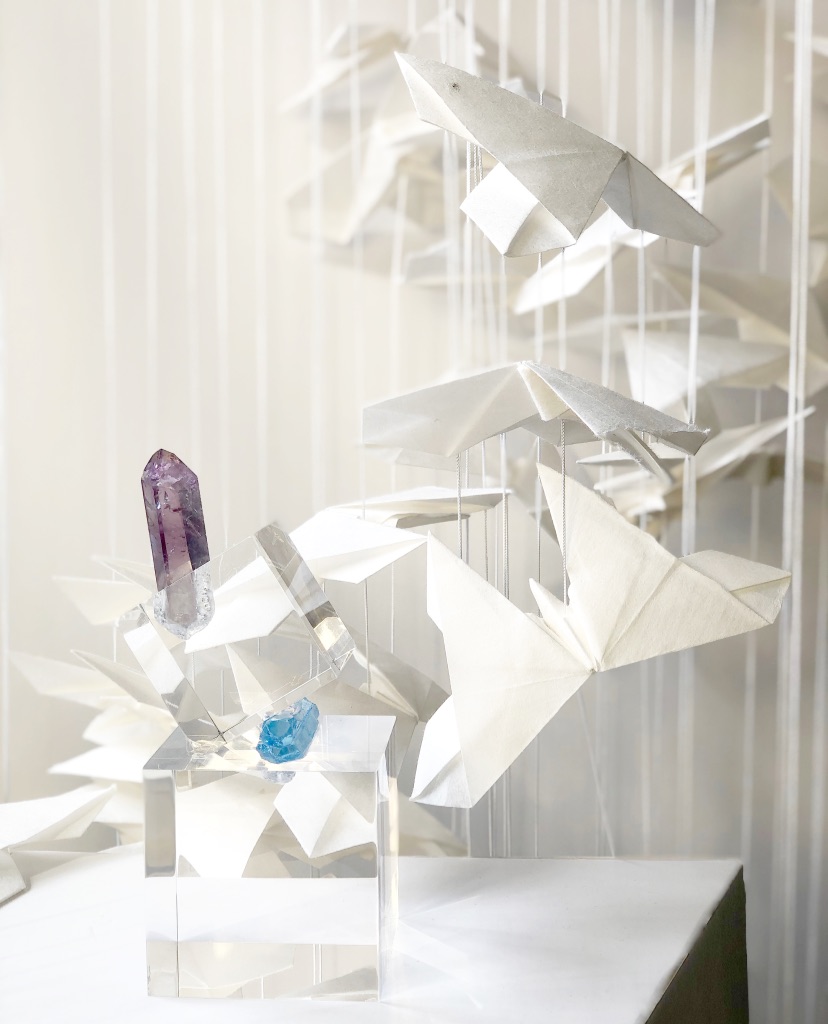 Tsuyu Bridwell draws inspiration from ancestral beliefs and rituals, expressing the force and fragility of life, while also questioning superstitions associated with these.

Working across media, she uses traditional crafts from Japan, Korea, and France to create installations and sculptural objects that confront questions of collective memory and the representation of Nature.

Her production is centred around the replication of multiple objects, an adherence to traditional craft, and an aesthetic exigence in her works—all of which contribute to a sentiment the artist develops to focus her intention. She presents intricate natural subjects to create a contemporary phantasmagoria: The Danse of the Cocoons, Sentôchô (thousand-butterfly suspension), a school of jellyfish, spiderwebs, mineral sculptures…

Born in Tokyo to a Korean father and Japanese mother, Tsuyu studied dance and music at the Centre de danse international Rosella Hightower in Cannes, France. She went on to study drama and theater at the Conservatoire National Supérieur d’art dramatique de Paris, working some years as an actor. Her career in the performing arts has enriched her work as a visual artist, facilitating an organic flow of expression between her pieces and their audience.

Her monumental installations are spectacular and provoke a meditative visual experience. Her works initiate the viewer to a magnified world of Nature’s wonders and the delicate equilibrium of an ecosystem of force, fragility, beliefs, and human desires.